Four and a half months ago, as the dawn of the 2015-16 college basketball season approached, it was tough to get a read on exactly what the Northwestern Wildcats would be. One opinion seemed to border on consensus though: Tre Demps was the team's best player. At the very least, he was its best offensive player. He was a safe bet to lead the team in scoring and minutes played. The ball was going to find his hands in crunch time.

Now looking back on that season, the ball was often in Demps' hands. He did lead the team in scoring and minutes. And at the end of the day, he may very well have been Northwestern's best player. At the very least, he was No. 2. But a January slump almost permanently marred what was otherwise a solid season.

At his worst, Demps monopolizes the ball, throws quicksand at the feet of an offense, and shoots his own team out of games. During January, that's what he was, and, fair or not, that's what will stick in fans' minds. For many reasons though, Demps was still an extremely valuable player for Northwestern, even if the season didn't quite go as planned.

Despite playing more minutes than any other player in the Big Ten and taking more shots than any of his teammates for the second straight year, Demps' senior campaign was the most efficient one of his career. Sure, his efficiency dipped in conference play and against top-tier competition, but that's to be expected, especially in an offense that often screeched to a halt against those teams and relied on Demps for late-clock hero ball.

Demps' low turnover rate was remarkable given his extensive ball-handling duties, and was a big reason NU finished 33rd nationally in turnover percentage. His ability to defend without fouling, despite being an average-at-best defender, was also crucial, because he knew Northwestern needed him on the court as much as possible.

Shot charts via Shot Analytics. Move your cursor across the chart from side to side to move between 2014-15 and 2015-16. 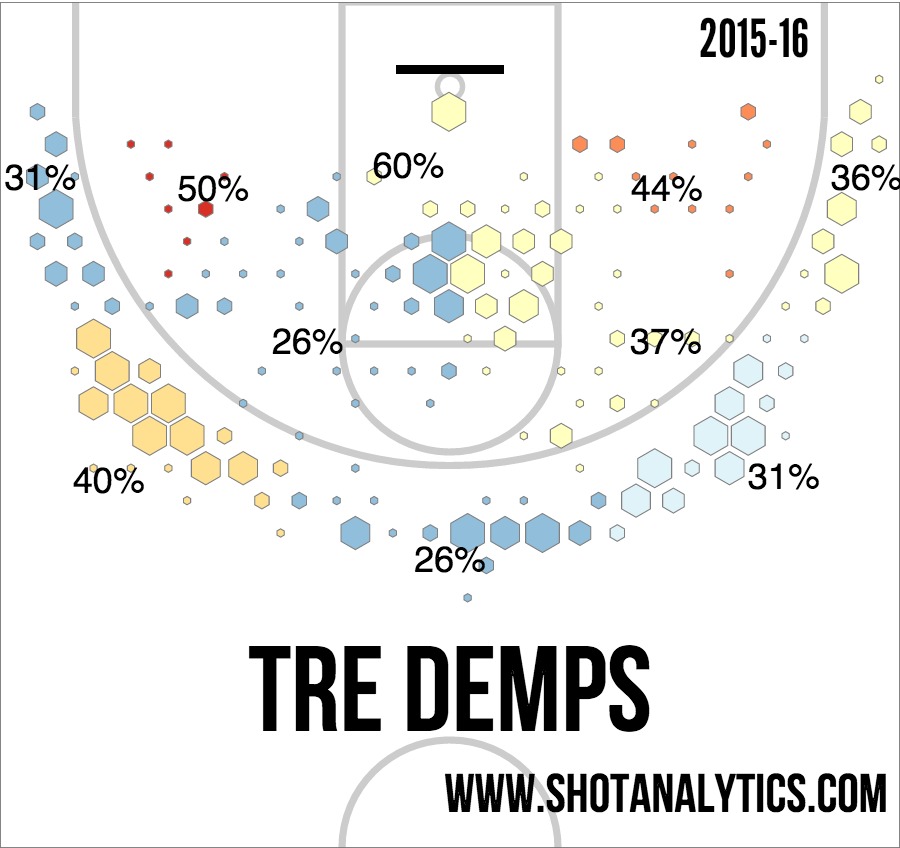 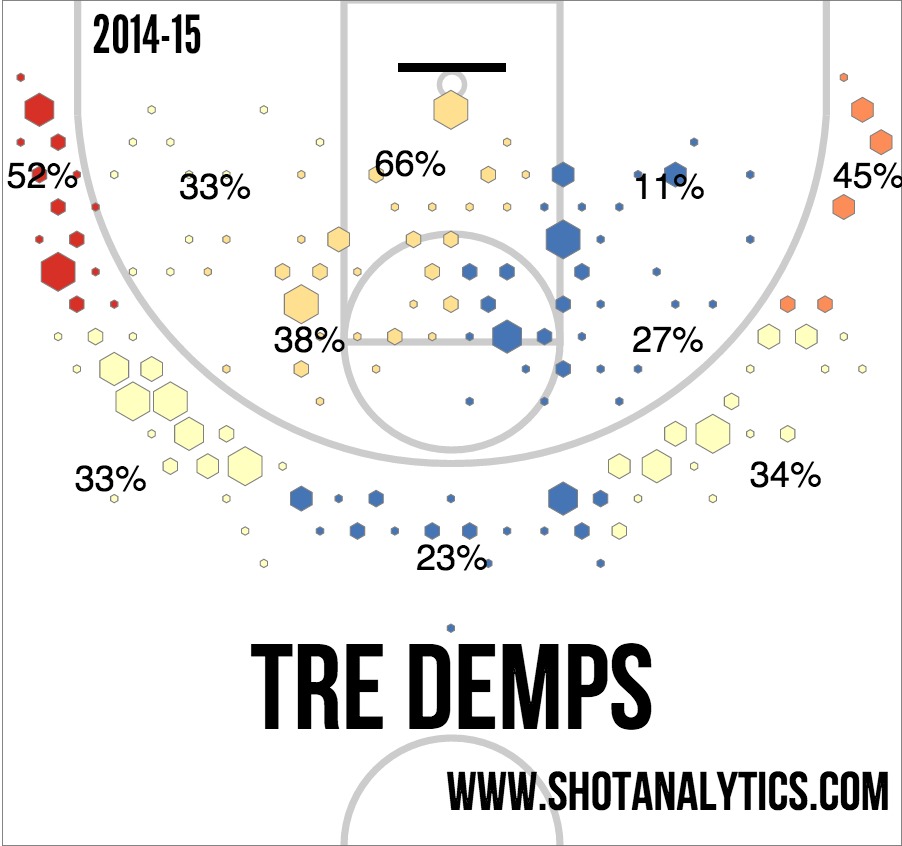 Other than his inconsistent shooting, Demps was Mr. Reliable for Northwestern. Even if he wasn't a dynamic second ball-handler, he was a sure-handed one. He played both guard spots on offense, and defended both on defense as well. Most importantly, he was the guy to whom Northwestern turned when initial offensive sets broke down and his efficiency numbers suffered as a result. But NU turned to him because, against Big Ten competition, Demps was the only Wildcat who could get a makeable shot for himself on the perimeter absent a cut or a ball screen.

Demps was the recipient of a lot of ball screens in 2015-16, but he still settled for a ton of jump shots. There were two major reasons. First, he often couldn't get north-south off of them. Second, he doesn't have the vision to move defenders with his eyes and find open teammates while coming off the screens at full speed in tight spaces. When opponents were able to defend a Demps-Olah or Demps-Pardon pick-and-roll with just two defenders, Northwestern's offense was ineffective, and Demps turned into the player who slowed the offense down with his indecisiveness and over-dribbling.

With Alex Olah battling an injury and Bryant McIntosh slowed by athletic defenders, Northwestern needed Demps to be a star if it was going to be a postseason team. His inability to become one highlighted the lack of top-end talent on this roster. But at the same time, it obscured all the positive qualities Demps brought to the table that nobody else on the roster did or does. There's a reason Demps played over 90 percent of available minutes, and his presence will undoubtedly be missed next season.