Everything always goes wrong for Northwestern basketball. It happened again this year.

Share All sharing options for: The Evanston Mystery Spot: A Rehashing of Unfortunate Northwestern Basketball Happenings

It's due to injuries. Northwestern's best, most experienced players went down with serious injuries, and so did a bunch of other guys.

It's sad. It's sad for the fans, who, barring a miracle, will have to wait another year for even the potential of making the school's first ever NCAA Tournament. But it's also sad for the players, especially this year. It hurts to see good dudes try hard and hope beyond hope that they can do what others haven't, and for reasons often out of their control, fail to do so. Before you tell me that you want Bill Carmody fired or that this team didn't have a chance even with a full roster, re-read that sentence, spend 45 seconds thinking, and then carry on. Maybe call somebody and tell them you love them or something first? I dunno man.

So now Northwestern is undermanned, thanks to a freakish and cataclysmic cataclysmic amount of unfortunate, often unseen injuries. Reminds me of a single episode featuring a fictional team with real life guest voices from a show I used to watch when I was a kid that isn't funny anymore, but that's besides the point - I'm bummed, but I'm going to keep watching this team and want to do it without hanging myself, so let's cut to these real life photos explaining what happened to Northwestern in 2012-2013.

It started out innocuously enough, when starting shooting guard JerShon Cobb wasn't able to play this year due to grades: 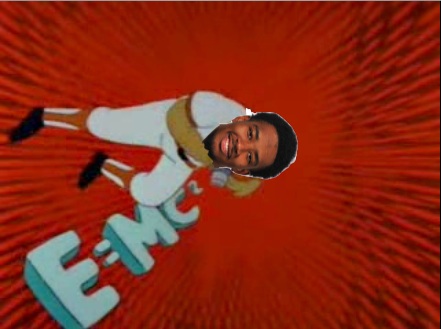 It got worse a few weeks into the season, when Drew Crawford, Northwestern's returning leading scorer and best offensive option, was revealed to have a nagging shoulder issue dating back to previous seasons, and that he'd have season-ending surgery. He got a medical redshirt, but he was Northwestern's best hope in this season. He's pictured favoring his shoulder: 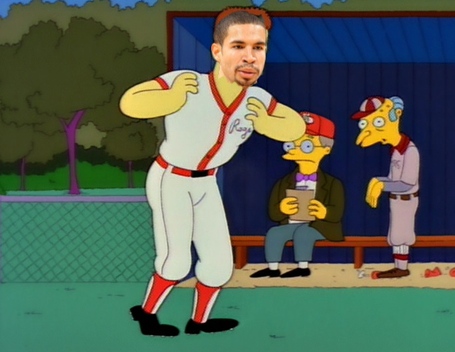 Somewhere along the line, Northwestern lost a few bit players, hampering the available options with an ever-lessening cast of characters. Freshman small forward Sanjay Lumpkin could have contributed with Crawford out, instead, after recovering from a bout of mono that kept him out of non-conference play, he injured his wrist, and will redshirt. We never saw it happen, but its extremely likely he hurt it while playing upright bass as part of a jazz trio, something that puts a lot of stress on your wrist: 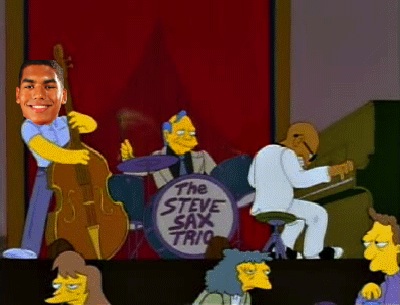 Chier Ajou and Aaron Liberman both weren't expected to play big roles as freshman - one's a 7-foot-2 Sudanese freshman still learning the game and best described as "raw" and Liberman is a walk-on - but considering NU's lack of center depth with injuries, they could have helped. Instead, Ajou has balky knees and Liberman has shin splints, and both will redshirt. Again, we never saw them actually hurt, so we'll have to assume it was the result of them both slipping on radioactive waste in an unfortunate spill: 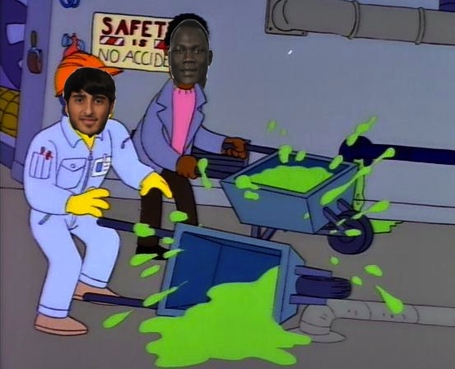 Then came the Iowa game. Starting center Alex Olah caught a wrist or elbow in the head from Adam Woodbury, and suffered a concussion, keeping him out Thursday night and possibly longer. (Yes, that's Woodbury, and not Nebraska center Andre Almeida) 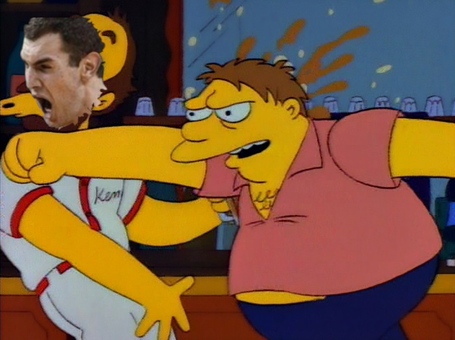 And the most recent - and maybe the worst - blow: Louisville transfer Jared Swopshire, who in his lone season with Northwestern had been a big factor in some upset wins, improved his shooting greatly, shown great perimeter defending ability, and rebounded better than any player Northwestern had seen in a few seasons, suffered a knee injury. Since he's a graduate transfer and the injury is season-ending, his college career is over. Since I don't want to think about how much of a bummer that is, or the fact that his injury turned a close game against Iowa into a blowout, I've depicted his injury occurring while rescuing an old woman's possessions from a burning house. 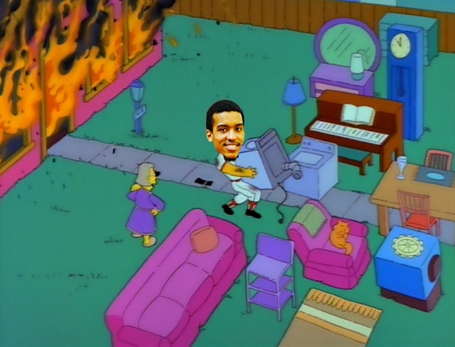 And that's how we got where we are. Of course, this isn't the only time Northwestern has been screwed by difficult to describe player circumstances. Remember 2009-10, when Kevin Coble randomly suffered a Lisfranc injury - a Lisfranc injury? - in practice, wiping out the senior year of a guy who had led NU in scoring and rebounding three straight years? Or even weirder, remember when, after securing a fifth year of eligibility, he up and quit the team after something that three years later still appears to have been little more than a dispute with Bill Carmody? 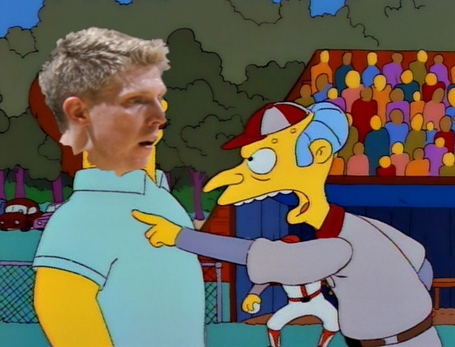 Remember the next season, when John Shurna took over as an elite Big Ten scorer, but was hampered for most of the second half of the season after a) a leg injury and b) a concussion? 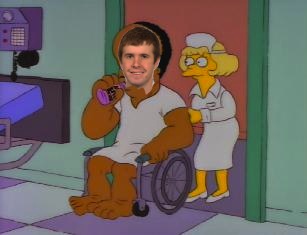 Here's to Reggie Hearn and Dave Sobolewski finishing out the year with a few fun wins without getting their legs caught in bear traps, and maybe taking this team to the NIT. But dear goodness: here's to next year, and nothing going majorly wrong for Northwestern for an entire season.