Northwestern vs. Ohio State: The biggest game in Wildcats' history?

We looked at which games Northwestern has played stand up to this one, and analyze why NU-OSU has the potential for greatness.

Share All sharing options for: Northwestern vs. Ohio State: The biggest game in Wildcats' history?

No. 16 Northwestern vs. No. 4 Ohio State. It just sounds nice. And that's without taking into account all of the other stuff -- College GameDay, the primetime ABC slot, etc.

I've thrown around rather nonchalantly the phrase "biggest game in program history" with relation to this one. It sounds unnecessary hyperbolic, but the truth is, I wasn't going for that. You can really argue that this sets up as the most important game Northwestern has ever played, of course, since football was invented in 1995.

Of course, a few caveats:

1. Football really was invented in 1995. You can tell me that Northwestern played games with national championship implications in the 30's and 60's, and I'll look at you with a bewildered stare and explain how missionaries from New Zealand brought a rugby ball to New Mexico in 1987, teaching the locals to play something they called "fortball," which eventually spread nationwide over the next eight years before finally being played at a national level when I was five years old.

2. We're talking about games that seemed important beforehand. The biggest game in Northwestern football history is undeniably the win at Notre Dame in 1995 that serves as Wildcats' football Big Bang dividing the good times from [REDACTED]. But the reason that game is so important is because it was basically the biggest upset in football history, not because anybody tuned in expecting anything but utter annihilation.

3. You could very easily argue that the biggest games in modern NU football history were "every damn bowl game during that 60-plus year stretch where we did not win a bowl game," from the 1996 Rose Bowl and 1997 Citrus Bowl down to, like, the 2005 Motor City Bowl. I'll accept that argument, since, damn, that streak was annoying. Luckily, we hacked that stupid monkey to death.

With that in mind, here are the arguments why this is the biggest game in Northwestern football history.

Quality of both teams

Considering Nebraska is horrendous defensively, Michigan State can't score, Michigan nearly lost to Akron and is the only team to beat winless UConn by single digits, and Iowa and Minnesota and Iowa and Minnesota, the biggest thing preventing Northwestern from winning the Legends Division is their pair of vicious crossover games against OSU and Wisconsin. If Northwestern beats Ohio State, they've already knocked off one of those games -- and considering they're good enough to beat Ohio State, you can kinda imagine they'll be good enough to beat some of the other teams on their schedule. 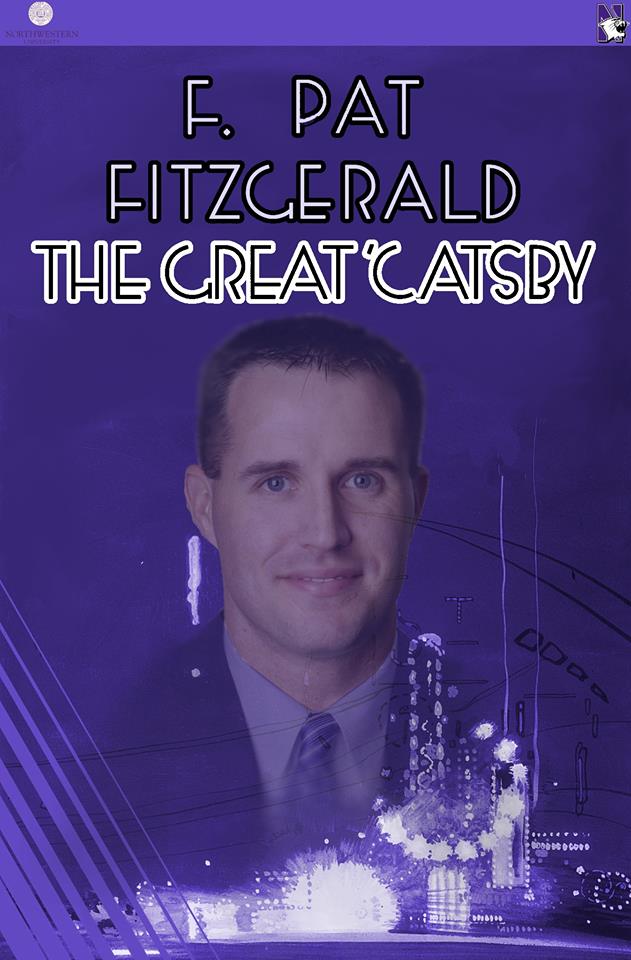 Come discuss sign ideas with the happy bunch of idiots that is the SoP commentariat.

This clearly isn't the biggest game Northwestern has ever played in terms of overall season importance -- they've had many matchups that were legitimately play-in games for a Big Ten title. You can point to the entire latter halfs of the 1995, 1996, and 2000 seasons, including big games like the Penn State one mentioned above, the 54-51 matchup with Michigan in 2000. And there have been plenty of games where the team needed a win to stay alive for a Big Ten Championship and didn't, and games like, say, Nebraska last year where a win would have made them near-frontrunners.

Northwestern can still win the Big Ten Championship if they lose here, as expected. But it would give them an enormous leg up.

Ohio State isn't just the favorite to win the Big Ten: they've got a solid chance at the National Championship game if they go undefeated. Sure, Stanford/Oregon probably gets in over them if one of them is undefeated, Clemson or Florida State could too -- sorry Louisville.

And after Northwestern, they've got a really good chance of going undefeated. The only teams that even have the potential to upset OSU are Penn State and Michigan. Penn State's at home for the Buckeyes, and, well, I really don't think Michigan is very good. This is probably the best shot somebody has at taking down OSU in the regular season.

Northwestern's had an opportunity to play teams with a chance at the national title before, obviously, but most of the time, they haven't been very good. Fitz's inaugural 4-8 team was not going to take down No. 1 Ohio State or No. 2 Michigan. It would be hard to say they played anybody with real national title hopes in the 1995, 1996, or 2000 seasons.

You literally cannot get more exposed than "primetime on ABC with College GameDay." Nudists are ashamed of how exposed that is.

Northwestern has hosted College GameDay before, once against Iowa in 1995, but Iowa was unranked then. They also hosted it for the Wrigley game in 2010, but that was less about Northwestern and more about Wrigley. And we don't believe that Northwestern has ever been the full nation's primetime college football game, which they are this week. In this department, there's no real competing with this week.

Ryan Field under the lights

There's no better environment for a Northwestern home game than the late start time at Ryan Field. Joke all you want about the atmosphere at NU, those games are electric -- even if there's a few thousand, or, like, 15,000 fans from the other team. 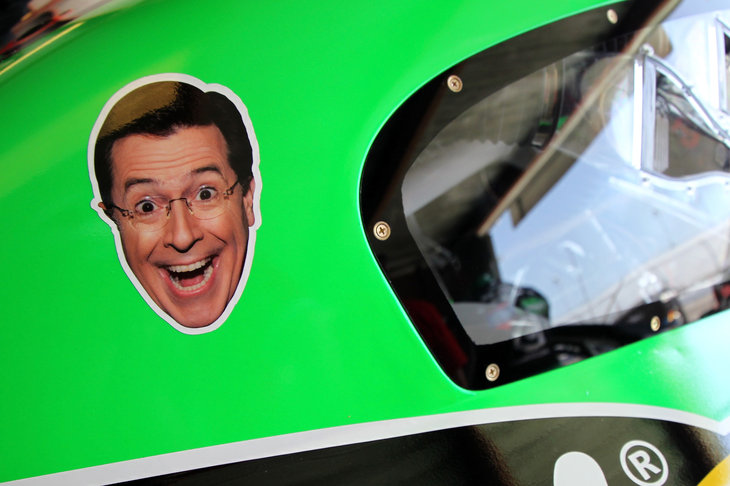 Scanning who might represent Northwestern on GameDay. PLEASE COLBERT.

And there really haven't been that many! Per HTP, there have been 16 legitimate night games in Ryan Field/Dyche Stadium history, with a few extra afternoon games that spilled over late enough that they needed to flip on lights. The aforementioned 1995 Penn State game and 2000 Michigan game fall into this category, so we'll take them into consideration. The 2004 Ohio State game is really beloved since NU won in overtime, but Northwestern wasn't ranked that year and Ohio State was No. 7 -- a solid upset, but they weren't as good that year as they are this year.

LOOK I TRIED TO BE SCIENTIFIC WITH THE OTHER PARTS, OKAY?!?!?!

I dunno, y'all. The momentum at Northwestern in every department of the football program is at an all-time high. The 2014 recruiting class is the best in history. The attendance is better than anybody can remember it. The excitement amongst y'all is through the roof.

There have been individual games which have been extremely important for Northwestern at their specific time -- I mentioned that 1995 Penn State game and 2000 Michigan several times, and those big bowl games in the 90's. If you're so inclined, you can make arguments that some games NU has played seemed more important than this one does to you, and I can't really take that away (although you'd have to acknowledge this one is close.)

And if Northwestern -- ahhhhhhh -- ACTUALLY BEATS this Ohio State team, I think it takes all those things that are going well for NU and ratchets them to a new level.

Ohio State is better than Northwestern and will probably win, relegating this one into the forgotten list of games that could have boosted Northwestern. But they don't play with probablys, y'all. The potential for greatness is there, and Northwestern can seize it if they so choose.