Northwestern vs. Illinois, and why the #LOLHAT is the most important thing ever

NOTHING HAS GONE RIGHT THIS SEASON, BUT HAT CAN SAVE ALL.

Share All sharing options for: Northwestern vs. Illinois, and why the #LOLHAT is the most important thing ever

It's been The Season From Hell, and we can all agree on that. The cake we were promised by the 2013 Northwestern Wildcats was definitively a lie, and even Golden Perfect Wonderful Amazing Coach Pat Fitzgerald is earning some well-deserved criticism for his team being 0-7, when by all rights they're talented enough to be at least 2-5.

Luckily, we get a whole offseason to talk about this. And even more luckily, this offseason is a month longer than we've grown to expect because the Wildcats managed not to earn a trip to a bowl game for the first time since 2007.

We've got one more game. For a few years, every game the Wildcats have played as been, in some way, meaningful: it's had some say in terms of bowl positioning, or the Big Ten championship race, or rankings. Even after going 0-4 to start Big Ten play, every game NU played had meaning in that the Wildcats needed to get to six wins.

Northwestern-Illinois is just a damn football game. There's nothing on the line besides pride. Pride, AND A DAMN HAT 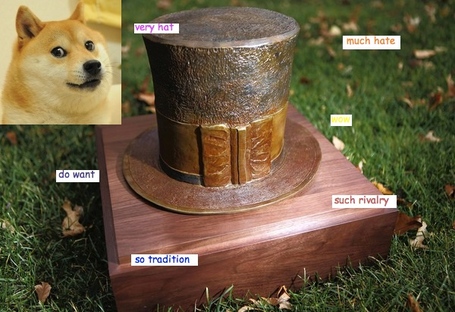 WHY WE MUST BEAT ILLINOIS

BECAUSE DOOFUS MCWILLIAMSON OVER HERE 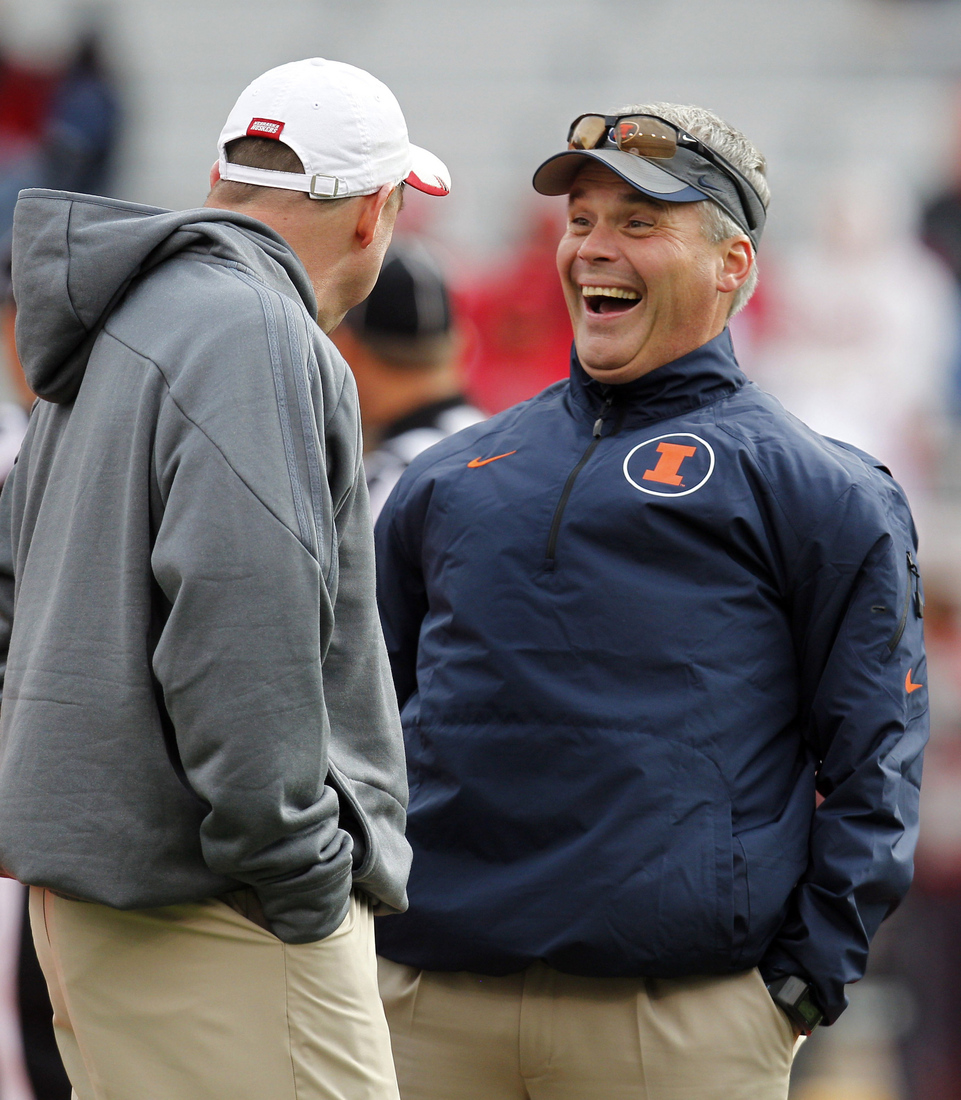 Y'ALL WOULD BE OKAY WITH LOSING TO CHILD-COACH WHO IN 48 YEARS OF LIFE, HAS NEVER ONCE BEEN TAUGHT HOW TO SMILE LIKE A NORMAL HUMAN? THIS DUDE WITH MORE WORDS IN HIS NAME THAN BIG TEN WINS ACROSS TWO SEASONS? THIS JACOB SILJ VOICE IMMODULATION SYNDROME-HAVING DUDE?

THIS DUDE WHO ACTUALLY UNIRONICALLY CONSIDERS NORTHWESTERN-ILLINOIS A RIVALRY? THIS DUDE EVEN ILLINOIS FANS THINK IS A JOKE-HUMAN?

WELL, I AIN'T OKAY WITH LOSING TO HIM.

AND WE DON'T WANNA GO 0-8. ONE WIN IS LITERALLY INFINITY PERCENT MORE WINS THAN ZERO WINS.

IT IS SOON TO BE WINTER AND OUR HEADS ARE TO BE COLD. UNLESS WE COVER THEM WITH HAT.

AND THOUGH ALL THINGS HAVE GONE WRONG THIS YEAR, PLEASE, FOOTBALL GODS, GIVE US HAT, FOR HAT IS OUR ONLY HOPE IN A SEASON DEVOID OF IT.