When you look at Northwestern's 2013 football depth chart, the majority of the Wildcats' position roles are set, some are up for grabs. Today, we look at strongside linebacker, contested between two guys who could be starters.

Two of Northwestern's linebacker spots are set, with Damien Proby and Chi Chi Ariguzo, two of the better linebackers Northwestern has seen in recent years. The third is up for grabs, and after a brief respite BECAUSE I'VE BEEN WRITING A TON OF STUFF Y'ALL, we come back to looking at position battles that could be won, lost, or, deferred in training camp. Let's take a look at the battle at strongside linebacker.

Last year, Northwestern's linebacking corps was the best it had been in quite some time. That was thanks to three guys who all played spectacularly: Proby in the middle, Ariguzo on the strongside, and David Nwabuisi on the weakside. Nwabuisi graduated, and rather than simply slot somebody into his position, the Wildcats opted to slide Ariguzo over to the weakside, which is a little bit more involved in pass coverage and blitzing from the QB's blindside, and have two guys fight it out on the strong side, which deals a bit more with stopping run plays behind the tight end and covering the TE if he runs a passing route.

Those two guys are Ellis, a junior who started at strongside as a freshman but had various injuries that have bumped him around and spent last year backing up Nwabuisi on the weakside, and Smith, a big hitting sophomore who had two sacks backing up Ariguzo on the strongside in his freshman year last year.

How do you spell "strongside" anyway

It's definitely either "strongside," "strong-side," or "strong side," but nobody has called me out on any of them. I suppose this is why people prefer to call them SAM and WILL.

Who is most distinctly not involved in the strongside linebacker battle 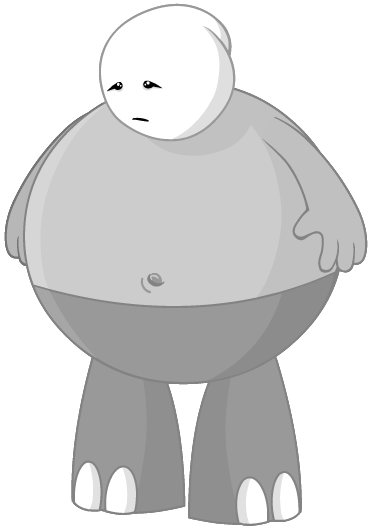 What we see happening

I don't think it's super-important who ends up winning this battle. Whoever doesn't earn the starting job on opening day will still play throughout the year, and play significant snaps all year long. While last year Northwestern tended not to give backup linebackers many snaps at all, that's because all three starters were well ahead of their respective backups. These dudes are seemingly neck-and-neck, and could swap starting duties throughout the year.

However, that's not a bad thing. These guys are both capable players, and there shouldn't be a steep dropoff from Nwabuisi, who himself had trouble breaking into the lineup over his first two years at Northwestern, then being bumped from middle linebacker to weakside halfway through his junior year. The reason these guys haven't played isn't lack of talent, but lack of opportunity: Smith was a freshman last year, and Ellis earned a starting gig before the bruise bug bit.

When doing my depth chart projection, I put Ellis first, solely on account of his extra year at NU. But I just put him there because I needed to put somebody. Smith seems to be a dynamic hitter and has gotten a lot of praise.

Fitz talks on the competition:

"I think their strengths are very similar," Fitzgerald says when asked about the competition between the one and the other. "I think they both enjoy physical play. Both athletic guys. Collin's had a great off-season. He's healthy, feeling great. Drew's added some strength, some size. I think both guys run very well. I think a strength, from Collin's standpoint, might be a little bit more experience. He's played a little bit more. And I think one of Drew's strengths is he's pretty fearless. So I think both guys bring a great package."

And great quotables from each guy. Smith:

"That's pretty accurate," Smith himself said when asked about that observation. "That's what I live for. I play defense for a reason. I like to hit people. That's my job. So when I get a chance to hit somebody, force my will on them, that's what I do."

"I'm going to bring it every play," he says when asked for a scouting report on himself.

"Yes. It's fun," he more recently said when asked about hitting. "Whenever you really get into somebody and everybody's like, 'O-O-O-O-O-O,' it gets your blood going. It gets your blood boiling whenever you can blindside somebody or really stick somebody. When you can impose your will on somebody else, it's really cool."

Inside NU: Competition for starting SAM position heats up at fall practice

No matter who happens to win the starting job, both players will undoubtedly see action this season. Head Coach Pat Fitzgerald even suggested putting them into a rotation.

"If [there is] a definite separation [between Smith and Ellis], you'll probably see one guy play more than the other," Fitzgerald said after practice Tuesday. "If it's close, we'll rotate them, keep them fresh and away we go."

Pretty much confirms what we said up there. Expect to see both guys. Both said coachspeaky things about what they'd do if they had to split roles, but Ellis had the best quote:

"Me and Drew are goofballs," Ellis, a junior, said. "He's a year younger than me, obviously, and when he came in I took him under my wing and taught him what's going on. We are just goofballs. We are friends. The linebackers are all buds. It's good stuff."

With Smith, you get speed, athleticism, sideline-to-sideline playmaking ability, and an instinctual knack for running down ball carriers just before they manage to turn plays upfield. Ellis isn't anywhere near as agile as Smith; he is a more forceful open-field tackler and possesses more experience after having logged significant playing time in 2011 (along with his injury-addled 2012 campaign).

That post also suggests that whoever loses the battle could be a swing linebacker, since whoever is fourth amongst the linebackers is far ahead of whoever is fifth, but I think it's more likely we see 60-40 snaps at strongside.

Northwestern football fall camp: Updates from the Wildcats as they prepare for 2013