Northwestern Wildcats football: Are we the Legends Division frontrunner?

We knew Northwestern would be good, but they've probably looked better than expected. We knew the B1G would be bad, but its looked worse than expected. Is NU in the driver's seat for Indy?

Share All sharing options for: Northwestern Wildcats football: Are we the Legends Division frontrunner?

All the talk about Gameday is fun, because GAMEDAY, but I've been thinking quite a bit about something that would establish Northwestern's presence in a much more real manner: I know it's only three games into the season, but.... is Northwestern the best team in this silly division of ours?

I came into the year thinking Northwestern was one of three teams amongst the squads that could represent the Legends Division in Indianapolis, alongside Michigan and Nebraska. (Many also said Michigan State, but I, PROPHET OF THE GODS, thought that there was no way in hell they would register a single offensive point this year and turned out to be for the most part correct.)

I can't help but think those teams are a little bit weaker than I expected, and OH NO STRUGGLEZ (in a 21-point win) AGAINST WESTERN MICHIGAN aside, I think Northwestern is stronger than I expected. Let's look around.

Dominated Central Michigan, then beat Notre Dame in front of a record-setting crowd and everybody assumed it was important because Notre Dame.

But in Week 3, that Fighting Irish team barely beat Purdue (which generally seemed like the worst team in the Big Ten through two weeks) and Michigan held on to beat Akron by stopping them on the one-yard line as the clock expired. The Wolverines were one yard away from losing to arguably the worst team in the FBS, a team that went 1-11 in the MAC last season.

So beating WMU drops you in the rankings? 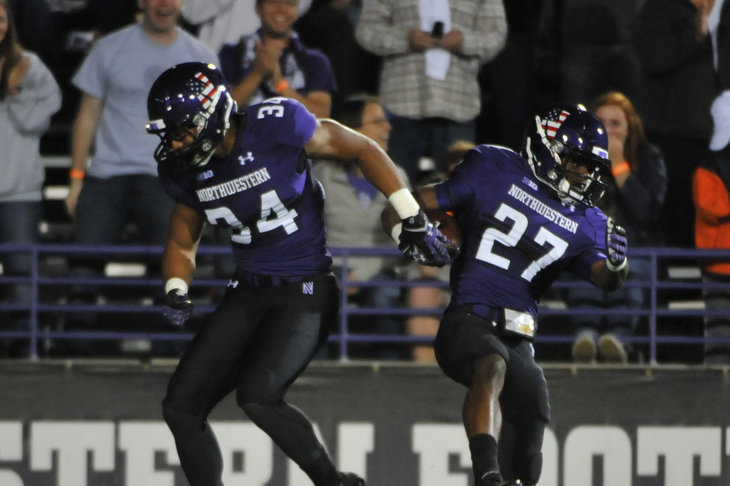 WHAT ELSE WERE WE SUPPOSED TO DO

Devin Gardner is still struggling with decision-making, tossing seven touchdowns and six picks through three games, and there really isn't much of an offense besides No. 98. Their defense looked comparatively worse against Akron than James Madison's did, and gave up several big pass plays as they were trying to keep the Zips off the board. As Maize N Brew points out in their very-well written post about avoiding their all-too-familiar awful home loss alternate universe, the dangers are real.

I think Michigan is still the top team in this division, but there's not much to prove they aren't a hoax.

What can I say about these defense that hasn't already been said about Afghanistan?

They allowed 602 yards of total offense against Wyoming, And after going up 21-3 against UCLA (admittedly, quite a good team,) the Bruins scored 38 unanswered points, with Brett Hundley ripping apart the Blackshirts through the air. The fact that Nebraska went up early is a bi of a fluke, too -- the Bruins were moving the ball well early, but a turnover and missed field goals rather than TD's had the Huskers up. Even with potential all-conference RB Ameer Abdullah, the offense is still predicated around Taylor Martinez skittering around and deciding whether to throw or not. Although he had three touchdowns and no picks, he gained just 5.8 yards per attempt and spent the majority of his time "scrambling" moving hesitantly around in the pocket. Corn Nation gave damn near every unit they could an "F" after the game.

And that's just the on-field stuff. First, Bo Pelini made the questionable move of dismissing Husker hero Tommie Frazier in his press conference after Frazier criticized him on Twitter. It was probably the right thing to say, but it unsurprisingly did not fly with Nebraskans. Then Deadspin unearthed a cuss-filled rant of his against Nebraska fans from 2011. It says a lot that somebody secretly recorded him cussing at Nebraska fans, but it says more that somebody waited on it for two years to drop it on the day he was least popular amongst said Nebraska fans.

Nebraska fans are talking about maybe firing Bo, who by the way, has won 48 games in five years and also remember when they fired Frank Solich and brought in Bill Callahan -- through these gates walk the greatest fans in college football etc. etc.

It's only been a few days, but we're dealing with a hectic hatefest between a fanbase and its head coach and a defense that can't stop anybdoy regardless of who's on the sidelines. Anybody buying this team?

Okay. Yes, it is an embarrassment Northwestern scored just 38 points against Western Michigan, but after playing Western Michigan and then following that up with South Florida, the Spartans had managed just one offensive touchdown. One. Six points. One touchdown. Their defense had bailed them out with four defensive scores, three by Shillique Calhoun, but, damn!

The defense were supposedly worldbeaters, and they might very well be again, but it's easy to look great defensively with their competition. They've 13 points to a WMU team that scored 17 against NU, held an absolutely atrocious South Florida team to six points, and gave up 17 points to Youngstown State. It should hypothetically be easy to look like worldbeaters offensively with that competition, but they haven't. Their numbers are a bit skewed after a 55-point outburst against the adorable Youngstown State Penguins awwwww look at them sliding across the ice, but even The Only Colors needs to note that any hope requires context.

We do have to talk about the 3-0 Golden Gophers, who have looked very comfortable. It should be noted that the best of the three teams they've faced, UNLV, is ranked 138th in Sagarin's ratings. In a world of pathetic non-conference schedules, Minnesota's is amongst the most pathetic. The Gophs do deserve credit for dominating their opponents, but we can't say anything for sure about their status as contenders. Minnesota has also been the benefit of a whole load of non-offensive scoring -- 21 points on defense and special teams in a 28-point win against the Rebels, 14 points on special teams in a 23-point win against New Mexico State -- but Philip Nelson has appeared modestly entertaining at times, I think.

Undefeated and still looking up 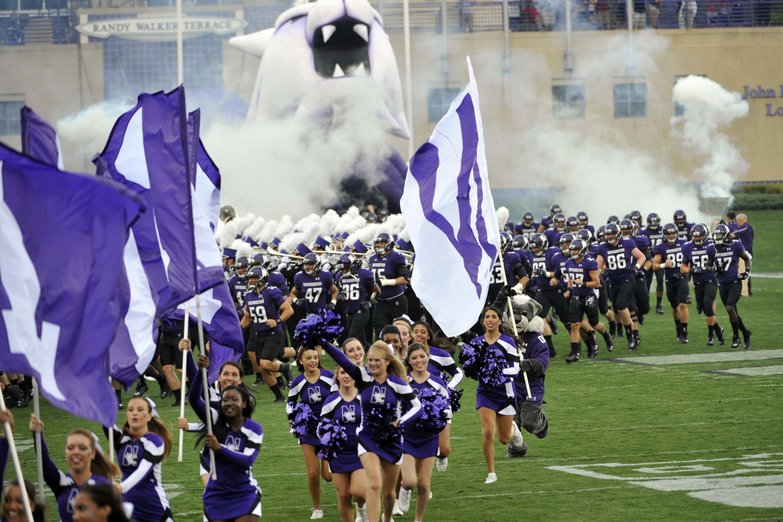 Until this team plays anybody worth mentioning -- I wouldn't count out San Jose State from winning on Saturday -- I won't say anything definitive about this team, but it should be noted they were never expected to contend. Thoughts and prayers with Jerry Kill.

The Hawkeyes haven't really looked comfortable in any of three games: a loss to NIU, sealed by a last-minute interception by Jake Rudock, a 14-point win against FCS Missouri State, and a six-point win against an Iowa State team that's still winless on the year, fueled by a furious comeback with yet another failed onside kick recovery for the Hawkeyes. It would show me something if this team was 3-0 after three games, but they're 2-1, and not an impressive 2-1 at that.

And that brings us to Northwestern.

Has Northwestern looked perfect this year? Of course not. Some of the things I've said up there can be said about NU. The Wildcats beat Cal by 14 points with two defensive touchdowns. They looked flawed early against WMU, which is a bad team.

But they've played two legitimate FBS opponents and beaten both by multiple scores, and trounced a team that wasn't on their level. There's very little doubt this team will move to 4-0 with a win against Maine on Saturday.

This team is solid offensively, with 130 points through three games without the use of its star running back. Trevor Siemian appears to be a better passer than he has been at any point through his career, and while Kain Colter hasn't even been able to unleash the whole option, but is still averaging 7.4 yards per rush and is completing 84.6 percent of his passes. And Treyvon Green is filling in fine, with 353 yards on 7.2. per carry.

The defense has had its problems -- a huge passing game by Jared Goff against Cal, and a shaky second half against Syracuse -- but have been incredible at turning the ball over. Eight picks in three games, which leads the nation, and just 3.69 yards per carry. Dwight White at cornerback is a problem, but if NU can do a job limiting big plays, the front seven is stacked and the takeaways are flowing.

I don't think there's an argument that Northwestern has the best resume through three games. That's meaningless, of course: Wins are nice, but these games have no practical relevance with regards to the Rose Bowl or a berth in Indy.

But they're a damn good sign, and there's not much more we could've asked for.