I'm proud Kain Colter is Northwestern's quarterback, and you should be too

Kain Colter is one of the players who took a stand against the NCAA by wearing "APU" on his gear this past weekend. Although I've always cared more about on-field results than the Northwestern ideal of smart, straight-edged kids, I'm proud as hell to pull for this Wildcat.

Share All sharing options for: I'm proud Kain Colter is Northwestern's quarterback, and you should be too

Because Northwestern is on a bye week, we've heard a lot about Kain Colter's wristbands.

You see, he wrote "APU" on his wristband. It stands for "All Players United," and you can see it on both of his wrists in the picture above. Out of several players across the nation who did so, Colter was probably the most prominent player. And thus, people talked about it.

What surprised me isn't that people were interested in talking about a bold gesture. It's that some reactions were... negative?

First of all, let's get clear what we're talking about here. Colter isn't openly campaigning for college athletes getting paid, although the organization that put together the APU statement, the NCPA, does endorse that happening at some point. The APU thing is just trying to raise awareness for athletes' rights, he's spoken most candidly about is that athletes who get concussions and long-term injuries are entitled to nothing, and that some system should be put in place so this does not happen in the future, probably after he graduates.

If you disagree with Colter on that front -- i.e. that players who suffer injuries should not get compensation from the schools they earned money for -- well, I suppose you're just a bad person.

College Athletes Should Be Paid, And If You Disagree You Are Logically and Morally Bankrupt 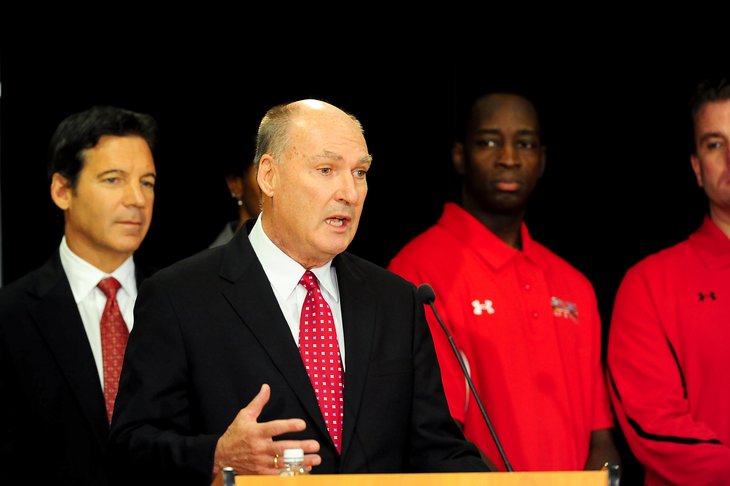 SoP's oldie but goodie polemic on the myth of student-athleticism

(If you disagree with me on the bigger issue of whether athletes should get paid, one which Colter himself doesn't specifically broach, please, let's go to the comments. I wanted to focus on this one scenario instead of an issue on which I've voiced my opinions multiple times. But, I'm warning you: I do not take kindly to people who argue in favor of an organization that literally bases itself on the concept that giving money to certain people is not in those people's best interest.)

I understand Pat Fitzgerald's primary objection: that Colter didn't tell the team before making his stand, and that everything should be done as a team. As a coach, he's entitled to that sort of thing.

I've always been the type who cares a lot more about whether Northwestern's football team wins than whether or not the team has a perfect GPA. It's not that I don't respect the individual athletes who manage to do better at school than I did while also playing a sport, nor is it that I don't understand how Pat Fitzgerald has leveraged academics as a recruiting tool. I just don't buy into the Northwestern trope of pointing to a team's good grades whenever they don't play well on the field.

I think part of me has always hated that scholar-athleticism, a completely unrealistic concept, works at Northwestern, and in so doing gives the NCAA an example of smart kids playing sports they can point to. Northwestern is the NCAA's Stepford Wife, built to their specifications, pretty on the outside but never stepping out of line. In their dreams, every school would be like Northwestern. In reality, NU is one of a few houses that isn't burning, and the NCAA can show it off to prospective buyers on a tour.

But in the case of Kain Colter, Northwestern makes an ideal backdrop to take a stance. Kain Colter is pretty much the NCA's ideal of scholar-athlete: He's never done anything wrong. He's all set to go pro in something other than sports: he wants to be a doctor, he had an internship for Goldman Sachs and reads books about consulting, he had a great GPA in high school and is pre-med at a rigorous academic institution. And he's damn talented: he's a starting QB for a Top 25 football team, a dynamic playmaker. He seems used his athletic skills to put himself in a position to get a great education so he can succeed after football. He's who they're talk about in the ads and rhetoric. He's the dream example of what the NCAA wants people to believe it can produce on a regular basis.

And that's what makes him the perfect test subject. He's the ideal player at the ideal school. When even the guy who should be most at home in the building the NCAA has built notices that the walls are caving in, the roof has massive leaks, and the insulation's just straight asbestos, the place should be condemned.

The NCAA begins paddling back to shore on PSU 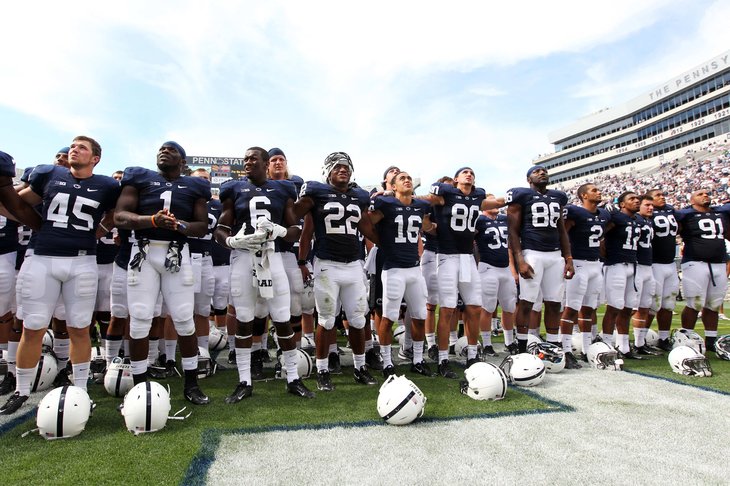 The most recent of seven trillion stories SB Nation has produced about the NCAA's prodigious, gaping flaws

I often note a common theme when looking at history: people who push for progressive change to get others to be treated reasonably and fairly tend to get that change. And also, when we look back at history, we celebrate the people who pushed for that change while scratching our heads and wondering how stupid people must have been to stand in their way to protect a flawed status quo.

I don't know what's going to happen to college sports. I do know that it probably won't continue to include hurting talented youngsters to maintain the purity of a system that's never been pure based on rhetoric that never made sense.

If you want, Northwestern football can be a thing for you to pat yourself on the back about your own academic achievements. You went to a good school and so did those football players! Maybe they win and maybe they lose but hey they got good grades and isn't that what really matters, integrity, books, learning, huzzah.

But I like this version of Northwestern better. I'm proud to root for an intelligent, socially-minded kid who slings passes and wins games for the Wildcats while standing up for change on the side. And if the problem is that only Kain was wearing an APU wristband last week, let's get the other 104 guys on the team APU wristbands.

And I'm proud as ever to say this: Go Cats, y'all.